With an increase in temperature, all processes are accelerated due to an increase in the rate of diffusion of atoms. When heated, in metals, heat and mass transfer processes are also accelerated, especially on the surface, since the contacting media are trying to combine into the most stable bond called a chemical compound. In this case, this compound is called iron oxide, with the chemical formula Fe2O3, or dross. The amount of oxidation of metals directly depends on temperature and time. In addition to oxidation, carbon depletion of iron occurs on the surface. The movement of carbon towards a lower potential, and in air the carbon potential is zero, then carbon is bonded into a CO2 molecule and the surface layers are depleted. This effect is called external decarbonization. As a result of exposure to temperature and oxygen, a layer of oxides of various thicknesses is formed with the surface of metal products; from oxide film to peeling scale. The thickness of the scale layer will depend on the value of the temperature and duration of heating, as well as on the chemical composition of the metal. If steel billets are heated to 450 ° C (tempering temperature), then only an oxide film will appear on the surface of the billets, which will not flake off.

With an increase in the temperature of the workpieces and the heating time, the waste increases. Depending on the grade of the material, the scale layer can flake off in even and flat plates, or swell and not flake off, while stresses appear on the surface layer of the metal, which can deform thin-walled products. The oxidation rate of steels grows exponentially with increasing temperature. For example, the intensity of scale formation is already high at 900 ° C, when heated to 1000 ° C, the oxidizability of the same steel increases 2 times, and when heated to 1200 ° C - 5 times. 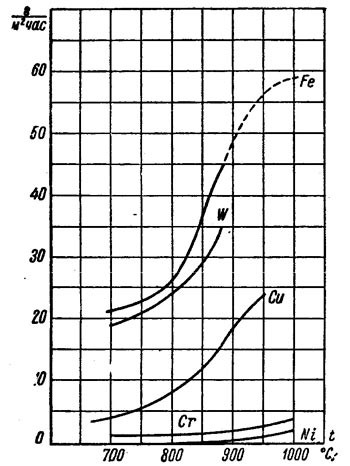 So that the metal surface is free of scale and with the desired properties, it is heated in an atmosphere with a certain chemical composition. Atmospheres with the necessary (necessary) and controlled chemical composition are called protective atmospheres. The concentration of elements on the surface of the workpiece will tend to equilibrium with the gaseous environment around it. The oxide-free surface is usually called bright , and free from dross clean .

The main types and purpose of protective atmospheres

Heating in such atmospheres does not change the chemical composition of the metal surface. Neutral gases include the so-called inert gases: argon, molecular nitrogen, carbon dioxide, helium, etc. Forming gases are considered to be one of the types of neutral gases. Formir gases are inert gases with minor additions of hydrogen-containing gases (up to 5% H2 in the total volume). Exogas can also be considered an inert gas.

Atmospheres with an increased content of the potential of a certain chemical element, for example, carbon during carburization (endogas with the addition of methane or propane), nitrogen during nitriding (partially dissociated ammonia) or zinc during zincating are called saturating.

This type of atmosphere has strong reducing properties due to the presence of a high hydrogen content in them. Hydrogen reduces an already oxidized surface to a pure metal. Similar atmospheres are used for brazing, sintering, and recovery annealing..

In the process of manufacturing complex products, the metal is heated many times and the formation of scale and a decarburized layer on the parts when heated in air is considered an inevitable evil. Expensive metal goes to waste in the form of an allowance with intense tool wear, because the scale itself has a high hardness. Part of the scale, where the equipment allows, is removed by shot blasting or pickling.

A layer of scale on the surface is also thermal insulation that increases the time for subsequent heating, for example, tempering during tempering. The scale layer is a dielectric and interferes with the weldability of products. The disadvantages of heating in an oxidizing atmosphere are obvious. Plus only one atmosphere of air is free. 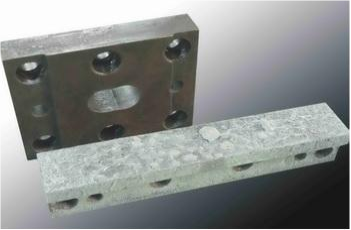 Benefits of heat treatment with heating in a protective atmosphere.

We will answer your questions Leave a message